Baby Boomers and YouTube: The New (and Unexpected!) Demo 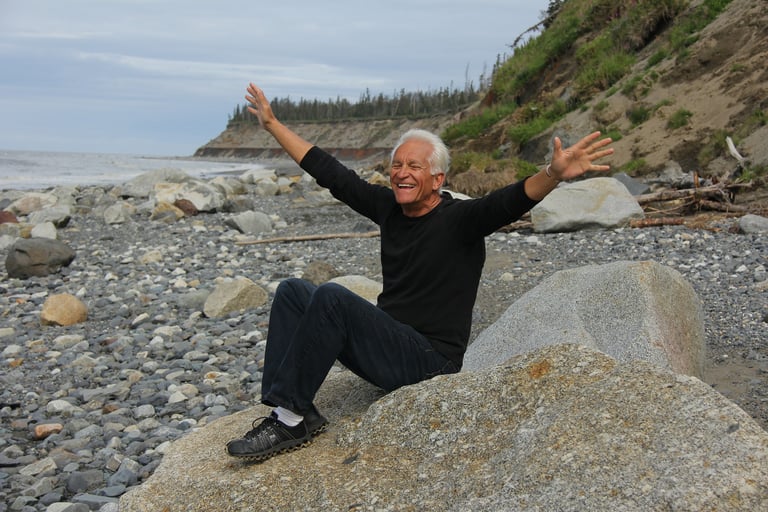 Sure, Millennials are core to YouTube. Data on this generation’s avid viewing behavior alone underscores their passion for the platform – 37% of Millennials say they binge-watch YouTube on a daily basis, versus just 14% of those ages 35+5.

But new data shows YouTube’s reach is growing beyond the core demo of younger generations. Taking a queue from their kids, Baby Boomers is one of the platform’s unexpected, up-and-coming demos. 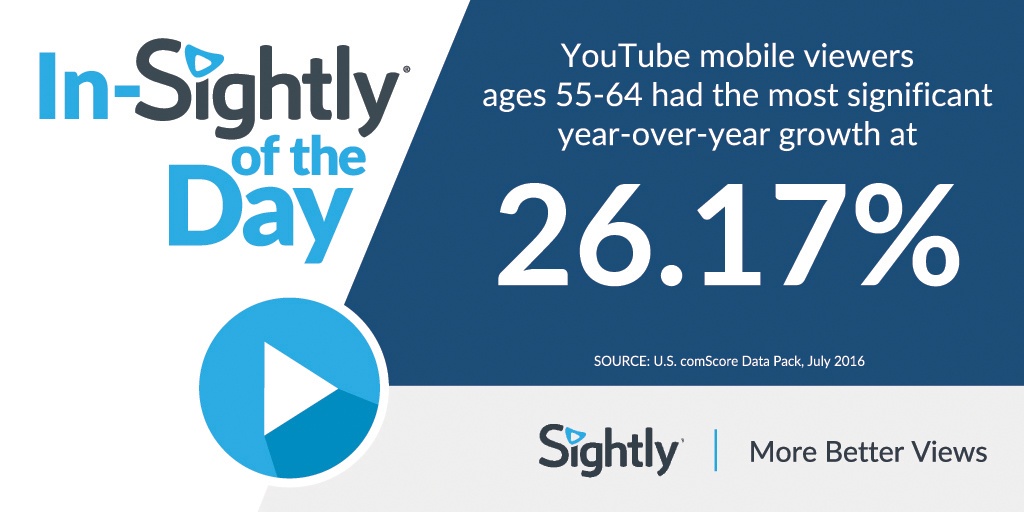 Recent industry reports are finding YouTube to have broad and ever-increasing appeal among all demos with Boomers leading 2016 growth. And that is great news for marketers – because Baby Boomers like to spend.

comScore noted that YouTube mobile viewers ages 55-64 had the most significant year-over-year growth at 26.17%1. No other age group comes even close to this growth level. In fact, YouTube reaches 95% of online adults 55+ in a month2. 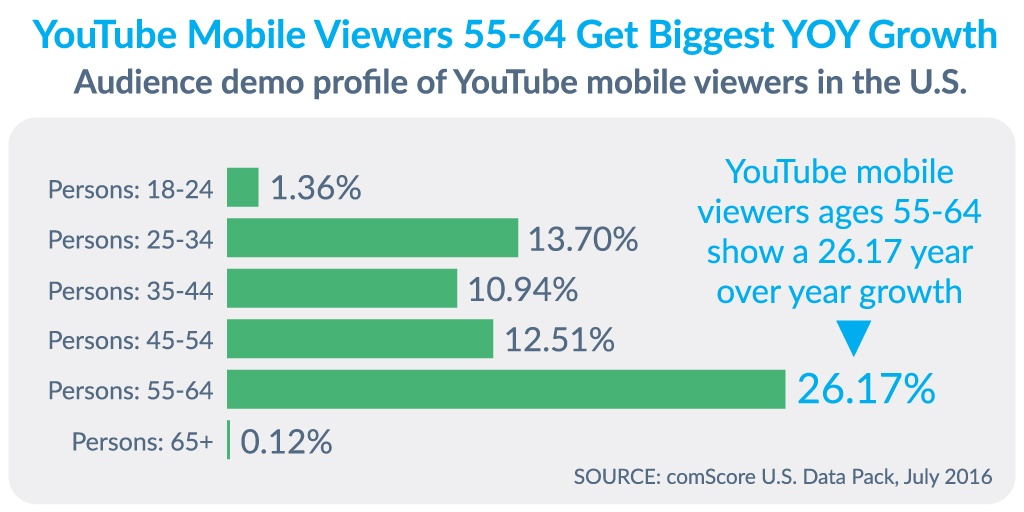 Together with GenXers, Baby Boomers are Spending their Cash

The Department of Labor finds that Boomers are among America’s top spenders on entertainment, shelling out $3,286 on average per year. They are second only to Generation X in their household spending in categories such as housing, clothing, eating out, dining in, and total spending. In fact, their total annual spending is $59,646 annually – much higher than the oft-coveted Millennial ($47,113) and second only to their Generation X children ($66,981)4 - who spend the most. 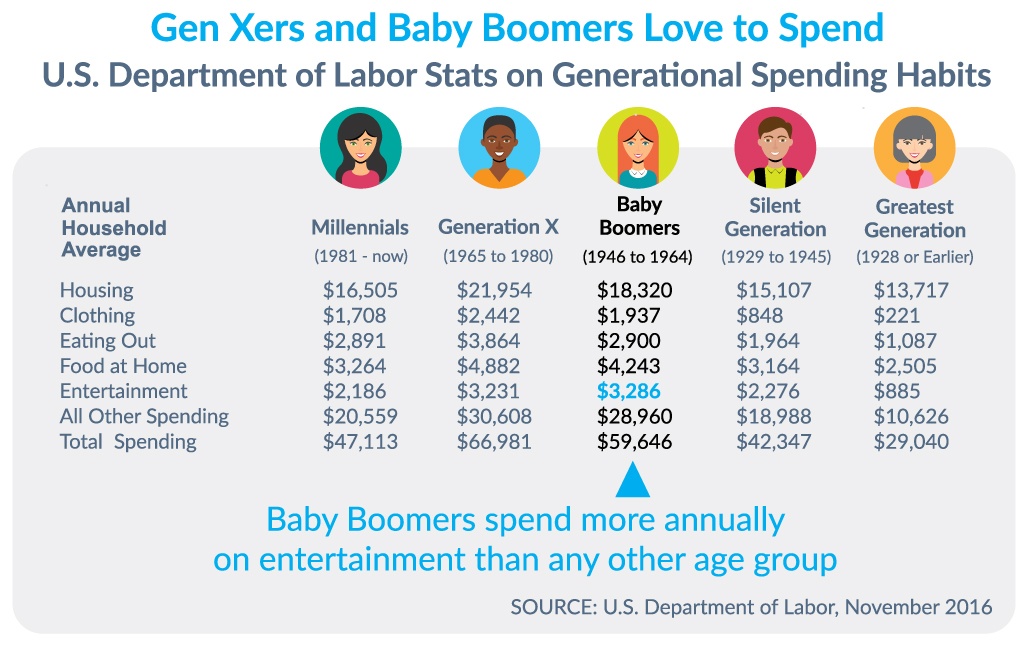